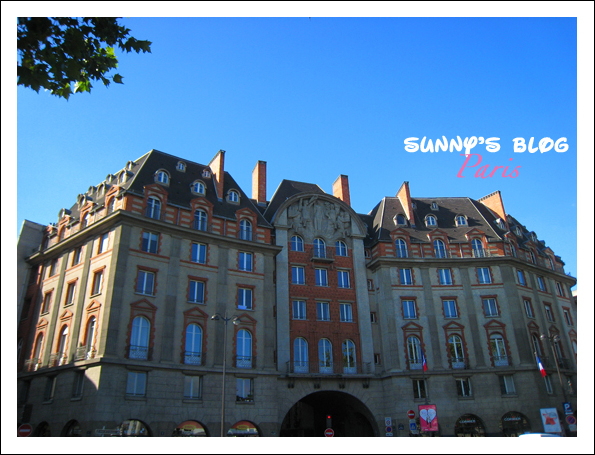 Crossing the Pont Neuf, we turned to St-Germain-des-Prés for some drinks. With countless cafes, restaurants and tiny private studios, St-Germain-des-Prés has long been an area where many philosophers, writers and artists gather. The Impressionists, such as Manet, Degas and Bazille, were all once part of the chatty scenes in cafes here. Bazille even rented a studio near Les Deux Magots (a famous cafe).

The Lonely Planet guide we bought before our trip mentioned that Les Deux Magots was Hemingway's favorite who used to be a regular of this cafe. After I read this, I just couldn't stop nagging Mr. T to go there with me. Since Mr. T also wanted to try their "famous shop-made hot chocolate" (exact quote from Lonely Planet), there is no way we would pass on this cafe?! 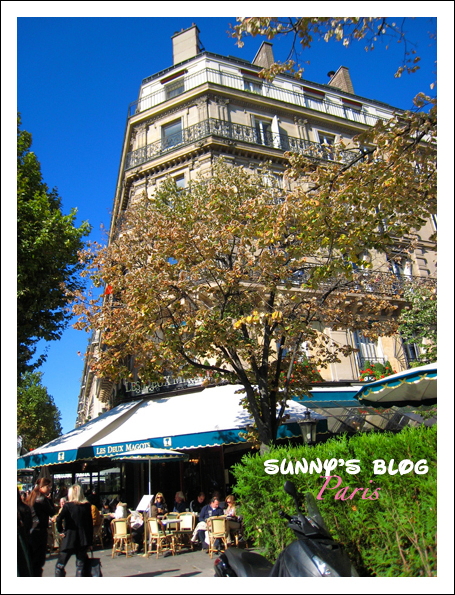 The name, Les Duex Magots, refers to the two Chinese statues on a pillar near the entrance, and the word "magot" means "a Chinese or Japanese figurine usually in a crouching position". (Click here to see the definition) But I didn't spend time looking for such two figurines because the cafe was just too crowded.

The French word "magot" looks very much like the English word "maggot", so before we went, we had been joking about this all around.

What we didn't expect is that our silly joke turns out to be a curse to ourselves!!

Since the hot chocolate is so praised and also it was quite cold that day despite the beautiful sunshine, we, naturally, ordered two cups of hot chocolate. 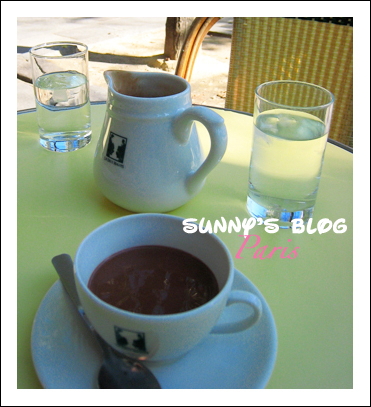 A jar of hot chocolate for two may fill around 4 cups using the cup shown in the photo, making it two cups per person. It might not seem much or sound much, but OH MY GOD! This is the THICKEST hot chocolate I have ever ever had in my life!! Afterwards, when Mr. T and I talked about this, we joked that it was almost like drinking directly out of a chocolate fondue!!!

Since I am not a big fan of sweets, I just couldn't force myself to finish the hot chocolate. Even though the desserts brought by the waitress asking us whether we would like to have some did look good, feeling like we were soaked in hot chocolate, we had simply no desire for any more sweets. 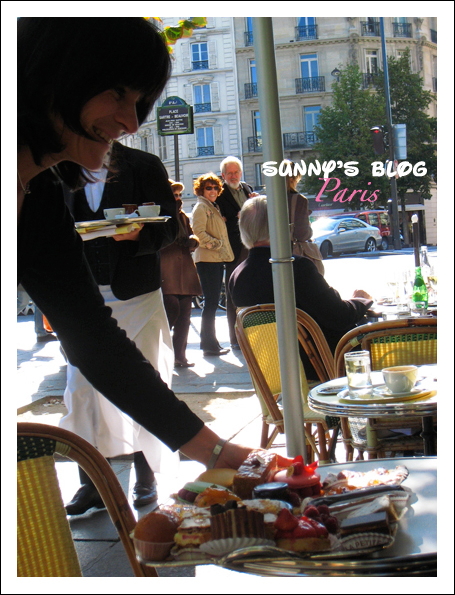 After we had the hot chocolate, we decided to go to Montmartre. Just so, our curse just laid its hand on us!!!

We planned to take Metro line 4 from Germain-des-Prés stantion to Barbès-Rochechouart station where we would transfer to line 2 to Montmartre. Unfortunately, I, who rarely got car sick, was so stuffed with the hot chocolate that I started to feel nauseous and have headache sitting in the shaky metro train where the air circulation was really poor (no A/C in the old trains). I kept sipping water and counting down the number of stations we had to go through. When we finally brought ourselves to Barbès-Rochechouart station, I asked to sit on the bench in the station before we transferred so that I could get some fresh air.

After sitting there for a while, Mr. T said that since I was feeling so sick, and we were only a couple stops away, we could just walk to Montmartre from there. 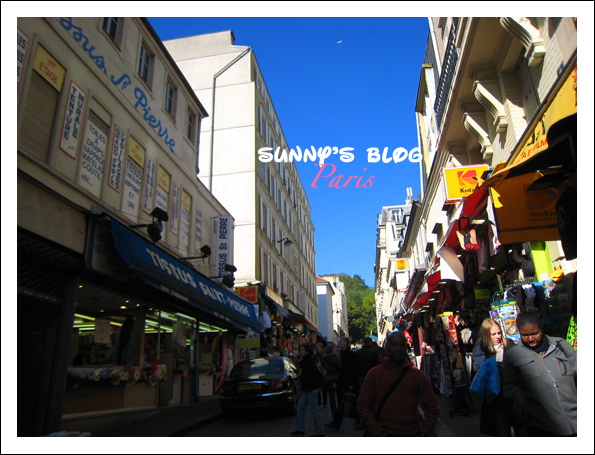 What was waiting for us outside of the station was a scene of messiness. The area surrounding the busy Barbès-Rochechouart station is where a lot of immigrants stay due to the fact that the real estate price here is much lower. Tons of street vendors gather on the sidewalks. Even before we got out of the metro station, there were people trying to sell us (possibly fake) cigarettes, knock-off bags and so on. Outside of the metro station, we were really surprised by the somewhat chaotic scene which is very different from the breezy atmosphere that other parts of Paris present. We walked pass by quickly and I felt really uneasy for such an environment because of my previous experience in a Bangkok night market of someone slashing my purse and almost stealing my wallet. Later on, I researched on this area and found that it is actually a place where many would like to go for some cheapies (if knock-off products appeal....

Well, of course souvenirs are also available), but also where one should keep a keen eye for pickpockets. If anyone intends to go, or gets there by accident just like us, it's better to pay extra attention to the valuables.

Thereafter, when Mr. T talked about this instance with a friend of ours, the friend asked whether the hot chocolate does taste like "maggots", and I replied that I don't know since I have never eaten a maggot, but after drinking the hot chocolate, I had butterflies in my stomach!

The hot chocolate in Les Deux Magots is still highly recommended, but I would definitely suggest that if go with a companion, order just ONE cup of hot chocolate and another non-sweet drink to share!