Earlier, in my journey to Prague, I mentioned that Prague had always been my dream city to visit. When Mr. T asked me which city in Europe I would like to go, I said Prague without any hesitation.

Paris, rarely crossed my mind. However, it definitely surprises me in the most positive way ever! 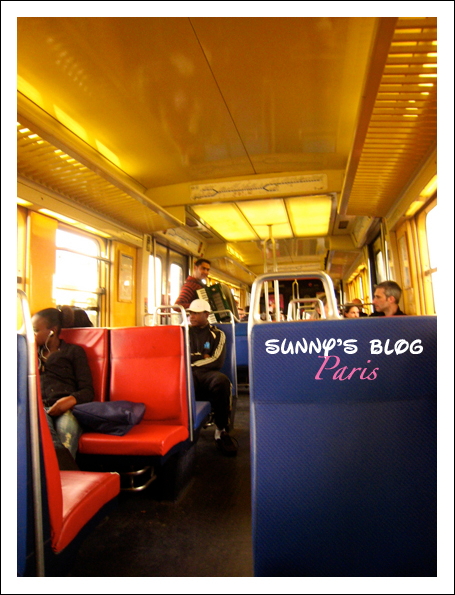 （On the train from the airport to Paris)

As the train commuting between the Airport and Paris city center suggests, Paris is a city full of colors. A vibrant and dynamic city.

After my trip to Paris, I asked myself where all my bias against Paris came from. It occurred to me that back then when I was still in college, a friend of mine visited Paris and told me, frowning, after I asked him whether Paris was just as romantic as people put it, that there were poos and sitting at Cafes on the left bank, he just found it smelly. This might plant the bias in me.

By the end of the day, it all comes down to Paris itself, a city combines all the goodies, including culture, history, fashion, cuisine and so on. Unfortunately, most of the time when I heard anything about Paris, it had mostly been about shopping. As a self-claimed rebel, I unjustifiably deemed Paris "kitsch, extravagant and materialistic".

How ridiculously wrong was I! Paris is so wonderful that Mr. T said that every corner we turned, I looked totally amazed by the city. 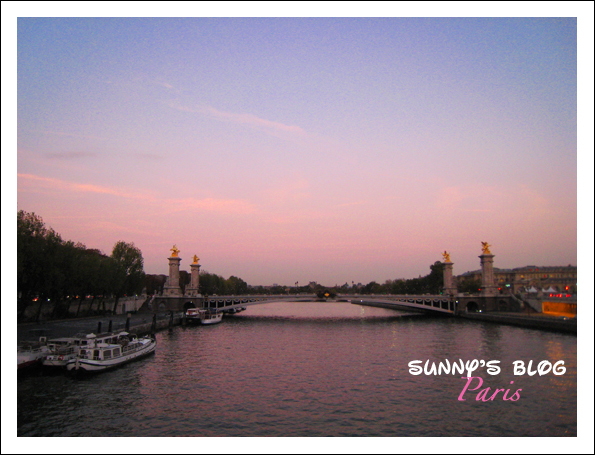 (A view of Pont Alexandre III at sunset)

Paris, the city to be! No wonder a colleague of Mr. T's endeavored all her means to buy a flat here as her future home after retirement.